SQL Server vs. Oracle Database: What You Need to Know

The world of big data is expanding by the second. Businesses large and small are struggling to manage the information under their command. This data includes sales figures, marketing campaign statistics, customer preferences and behavior, and more. Hidden away in this data are many potentially valuable insights that can help your company and your employees perform better.

According to a 2016 survey by HubSpot, the average organization now oversees 163 terabytes of information. That’s enough space to store 40,000 feature-length movies on DVD.

For companies that grow and scale, finding the best way to efficiently handle this information is challenging. Most large enterprises have traditionally stored their data in a relational database management system (RDBMS).

Microsoft SQL Server and Oracle Database are two of the most popular, time-tested options for relational database management in large enterprises. Because they’re both very strong alternatives, making the choice between SQL Server and Oracle isn’t always easy. You’ll need an in-depth analysis of each one’s capabilities, as well as your goals and needs as an organization.

In this article, we’ll go over everything you need to know when comparing Oracle vs. SQL Server. We’ll start with an overview of relational databases, and then discuss the facts about both alternatives and the pros and cons of using them. 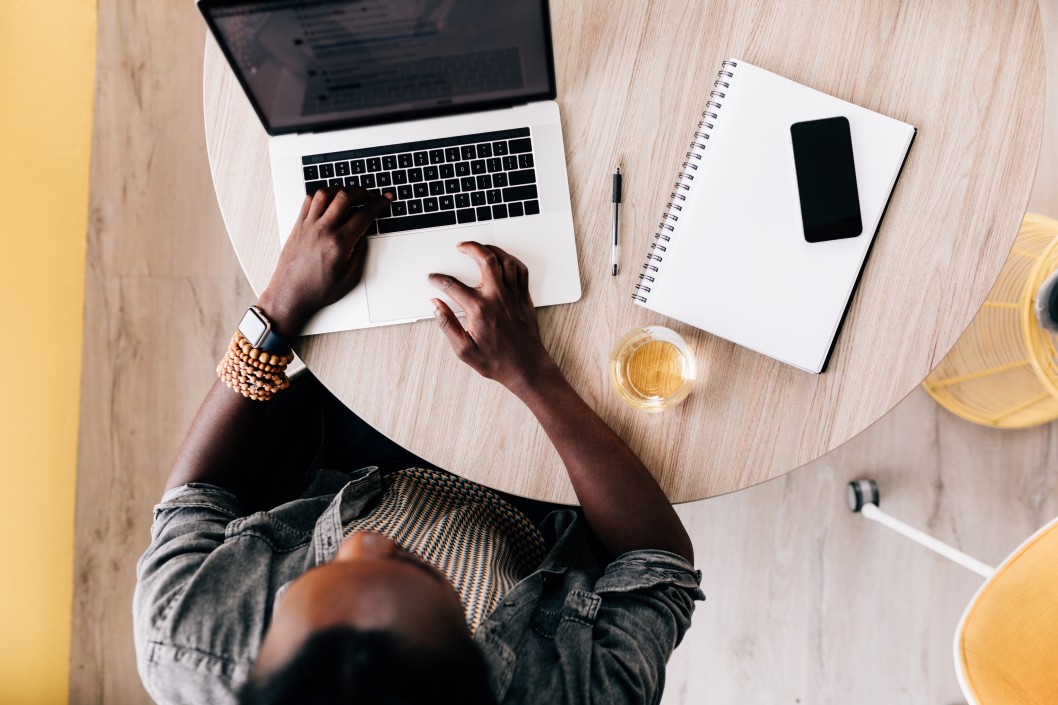 What is an RDBMS?

Relational databases are databases that organize information in tables with columns and rows. Big data experts refer to this approach as the “relational model.”

Familiar with spreadsheet applications such as Microsoft Excel? You already have a good idea of what the relational model looks like. Excel lacks the performance and sophistication of a true relational database. Yet like a relational database, Excel uses rows and columns to store information in tables. 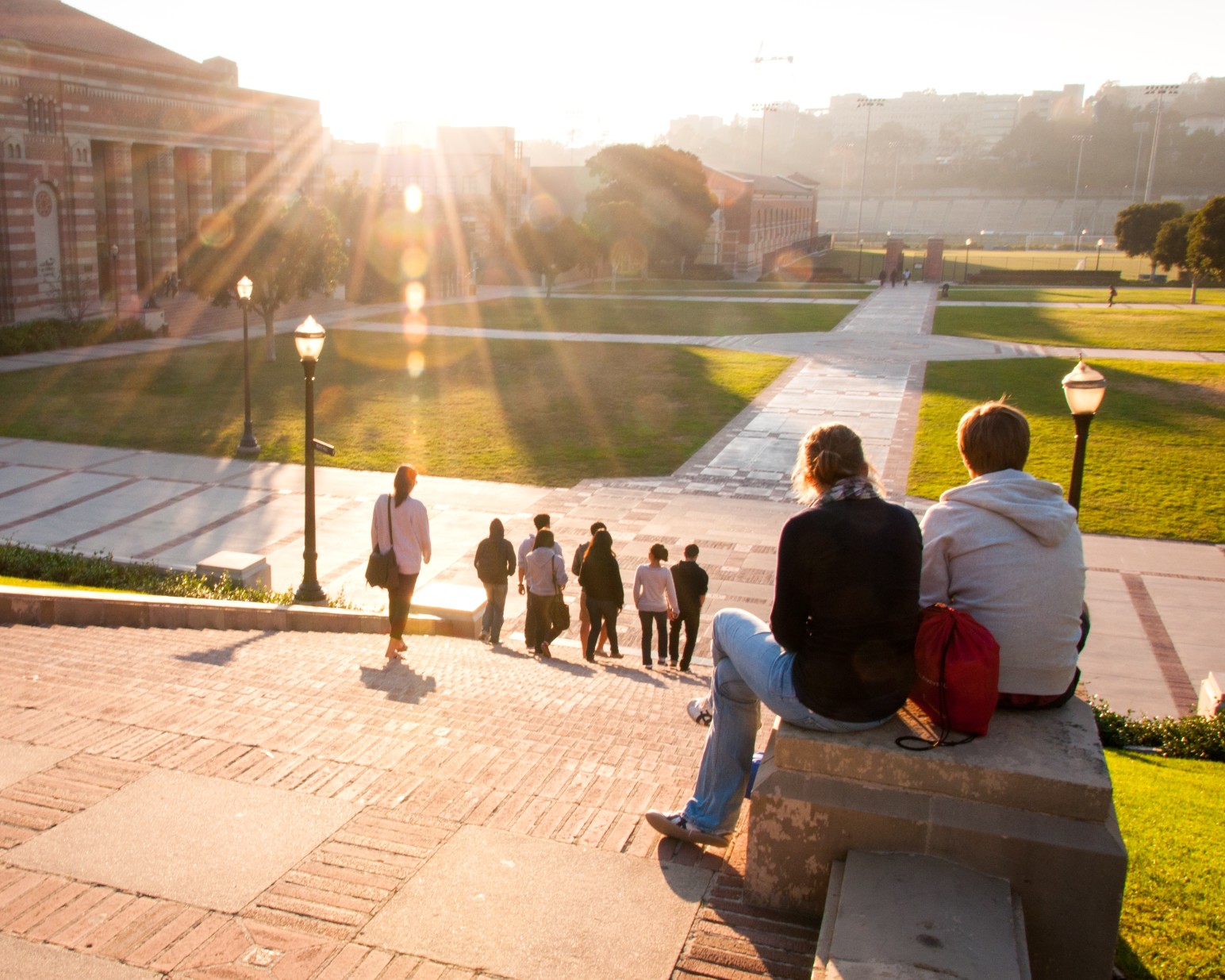 Let’s say that you want to store data about the students at a particular university. This data includes their name and contact information, as well as the classes that they’re taking.

There are multiple ways to organize information under the relational model. For example, one table could hold the students’ personal information. You could also have one table for each class offered at the university.

The “Students” table will have columns such as:

Each column can only contain a specified data type, such as a string, integer, or date. Each row of the table contains the information of a different student.

Let’s also suppose that we have a “Geology101” table. This table contains information about all students who are taking the Geology 101 class.

Note that students can have the same first and last name, but not the same ID number. This means that we should use the “student_ID” field to uniquely identify students, not their names.

Besides the “student_ID” column, the “Geology101” table might also have columns for the student’s exam results, homework scores, and final grade.

SQL queries are commands that obtain information from a relational database. In general, basic SQL queries use three clauses: SELECT, FROM, and WHERE.

Suppose that you want the student IDs of all students enrolled in Geology 101 who received a grade below C on the first midterm. The corresponding SQL query would look like:

This query searches the “midterm1” column in the “Geology101” database to find entries that are less than 70 (i.e., a grade below C). It then returns the corresponding entry in the same row under the “student_ID” column.

If you instead want all information about all students enrolled at the university, you could use the simple SQL query:

The asterisk * keyword selects all fields in the database. Note that the WHERE clause is optional in this example.

Relational databases are the most common paradigm for organizing large amounts of information. However, they are by no means the only one.

“Non-relational databases” (also called NoSQL databases) organize data in a manner other than the traditional rows and columns of a relational database. They may take the form of keys and values, graphs, documents, or several other paradigms.

Relational databases are typically only capable of working with structured data. This is information that has been neatly organized into discrete standardized fields.

Non-relational databases, however, excel at working with semi-structured data. This is information that is not organized in fields or records. However, semi-structured data still contains some degree of hierarchy so that you can understand the relations between different entries.

Some of the most popular non-relational databases are:

Meanwhile, the four most popular relational databases are:

In the rest of this piece, we’ll analyze the pros and cons of two of these relational databases: SQL Server and Oracle Database.

What is SQL Server? 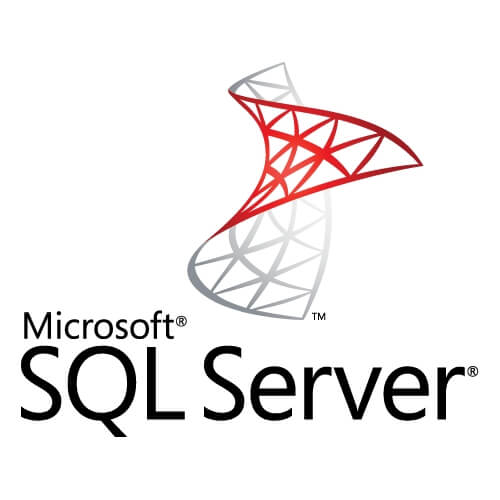 Microsoft SQL Server is an RDBMS developed by Microsoft. First released in 1989, SQL Server now comes in more than a dozen different editions and flavors, each suited for a different purpose and use case. The four main editions of SQL Server 2017 are:

Each of these four editions is for a different audience. SQL Server Enterprise is for large, high-powered, data-driven organizations, while SQL Server Standard is for organizations with less intensive data needs.

Both the Express and Developer Editions are free of charge. However, they have significant limitations making them unviable as a long-term solution for most organizations.

As one of Microsoft’s flagship products, SQL Server has received constant updates and attention over the years. Recent additions to the platform include new capabilities for performance tuning, real-time operational analytics, big data analytics, data visualization, and hybrid cloud support.

What is Oracle Database?

Most businesses who choose Oracle Database will want to use either EE or SE2. To help you make your decision, the features below are a few of those available in EE but not present in SE2:

We’ll now discuss some of the most important points of distinction between SQL Server and Oracle. This will help you come to a final decision that’s right for your situation.

As a Microsoft product, SQL Server has traditionally only been available for the Windows operating system. However, beginning with SQL Server 2017, the platform is now available on Linux as well. Note that if you want to use an earlier version of SQL Server, you will have to use it with Windows.

Oracle, meanwhile, has a long history of supporting both Windows and Linux. Oracle Database is also available for other Unix-based operating systems such as Oracle Solaris, IBM AIX, and HP-UX. However, neither Oracle nor SQL Server supports Mac OS X.

For decades, Oracle has had better scalability and security than SQL Server, making it better suited for large enterprises. In addition, SQL Server was available only for Windows, leaving Linux users out in the cold.

This perception has evolved in recent years. Both Oracle and SQL Server have released mature enterprise and standard versions of their platform, for both Windows and Linux.

Most analysts would agree that Oracle still has a slight edge over Microsoft in terms of both core database features and cutting-edge functionality. However, these extra capabilities have a downside. Oracle is typically more complex to manage, has a higher learning curve, and costs more to maintain.

Both Oracle and SQL Server come with their own “dialect” of the SQL language that extends the basic functionality of SQL. Oracle uses PL/SQL (Procedural Language/SQL), while SQL Server uses T-SQL (Transact-SQL).

As such, database administrators who specialize in Oracle, or in SQL Server, will “speak” a slightly different version of SQL. PL/SQL and T-SQL each have their own distinct features, abilities, and syntax.

The main differences between PL/SQL and T-SQL are how the two languages handle variables, stored procedures, and built-in functions. PL/SQL also allows users to group procedures together into packages, which isn’t possible with T-SQL.

Using Oracle and SQL Server “feels different” not only due to the flavor of SQL, but also due to the many variations in their syntax and schema. For example, because DATE is a reserved word in Oracle but not SQL Server, it’s perfectly legal to have a column named DATE in SQL Server (but not Oracle).

These differences are mainly cosmetic, but important if you’re planning a migration from one platform to the other. To see a full list of the differences in syntax, data types, and schema, you can check this page on the Oracle website.

Transaction control is another important point of departure between Oracle and SQL Server. In a relational database, a transaction is a single unit of work that may contain multiple operations or tasks. So as not to cause discrepancies in the data, the database must either apply or roll back all of the operations in the transaction. A single failed operation will cause the entire transaction to fail.

For example, when customers transfer money between their checking and savings accounts, the transfer should be a single transaction. This transaction consists of three operations:

If any one of these operations fails, the database must roll back the entire transaction so that the customer’s account balances are correct.

In Oracle, however, each new connection to the database is a new transaction. For most use cases, the database makes changes in memory and commits them only with an explicit COMMIT statement. This is more flexible and allows for greater manual control of errors.

Much about SQL Server vs. Oracle is a matter of opinion, but what’s not up for debate is the price comparison. SQL Server licenses are significantly cheaper than Oracle.

By one estimate, a server with 4 CPUs and 4 cores per CPU would cost $380,000 with Oracle, but just $114,000 with SQL Server. The costs rise even higher with extra features such as table partitioning, data compression, and online analytical processing (OLAP).

While the sticker price may be lower on SQL Server, you should also consider the total cost of ownership over the lifetime of the database. This includes considerations such as support, maintenance, and productivity during day-to-day use.

In this respect, Oracle seems to win out, according to one study of Oracle Database 11g and Microsoft SQL Server 2015. Skilled database administrators can perform typical functions 41 percent more quickly in Oracle than in SQL Server.

These time savings add up over time. The same study estimates that Oracle’s improvements to DBA productivity can save businesses up to $33,000 per DBA per year.

However, the lines are beginning to blur with newer releases of both SQL Server and Oracle. Both Oracle and SQL Server are mature, excellent choices for relational database management.

In the end, you should choose the right tool for the job in terms of your existing tech setup, in-house skill set, budget, vendors, and customers. Need advice on the Oracle vs. SQL Server question? Contact an experienced database partner who can help give the right advice.

SQLBot.co offers developers & BI pros a dead simple SQL Slack bot & email reporting tool.   Pop in your SQL and instantly get on-demand reporting  in Slack or scheduled reports in Slack or email.   Give it a try today.

Business Intelligence Jobs: 23 Opportunities You Can't Pass Up in 2019 →