Star Schema: Do I Need One for My Data Warehouse? 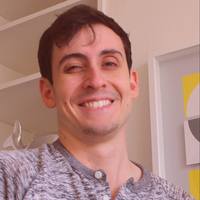 Businesses are now responsible for managing more data than ever: at last count, an average of 163 terabytes (163,000 gigabytes). Organizations store much of this information in data warehouses: specialized data management systems that pull data from various sources and that for tasks in business intelligence, analysis, and reporting.  To get that data into data warehouses, businesses use a variety of data integration platforms and ETL (Extract, Transform and Load) processes.

What is a Star Schema?

To define a star schema in data warehousing, we first need to go over some key database terms and concepts.

There are two main types of data management systems: operational and reporting.

to store facts, which are data that will in reports and that the basis of business decisions. Facts are usually numbers, such as the number of customer purchases or the number of sales made during a quarter.

A fact table will contain a grouping of related facts. For example, a fact table about customer purchases may include facts such as the number of purchases and the amount of each purchase. Because they contain numeric quantities, for easy and rapid mathematical manipulation: e.g. the total revenue for a particular store or product.

Now that we’ve established this crucial database terminology, let’s discuss how they apply to the concept of a star schema.

In database management systems, a schema is the structure of the database that describes how objects and information in the database are logically grouped and connected. A “star schema” gets its name from the fact that its diagram resembles a star, with various points radiating outward from the center.

For example, suppose that we have a star schema for our data warehouse that stores customer order history. The fact table at the center of the star schema will contain data such as the product ID, customer ID, and price.

The price is a simple numerical quantity that will not in a dimension table; however, the two IDs will serve as primary keys that in their corresponding dimension tables. Radiating outward from the fact table, we will have two dimension tables for products and customers. For example, the customer dimension table will contain attributes such as the customer’s name, gender, age, date of birth, and location.

Why Do Businesses Use Star Schemas?

We’ve defined the concept of a star schema in the section above—so why would you want to use one for your data warehouse project?

One thing to note about star schemas is that they are . Essentially, this means that the schema contains redundant data records to improve the data warehouse’s speed and performance. schema in terms of the fact tables, but in terms of the dimension tables.

Is a Star Schema Right for Your Data Warehouse?

schemas such as star schemas offer performance advantages, but they have drawbacks. Because the schema is , data integrity is weaker than with a normalized schema.

For example, the geography dimension table in a star schema of moving companies may contain attributes representing , state, and country. However, there is no way to enforce the relationship between these attributes; the data may contain the correct city but the incorrect state and country.

Star schemas are a highly popular choice for building data warehouses, but they’re the only option. below.

Snowflake schemas  the star schema model that include additional dimension tables; after the intricate structure of a snowflake when viewed up close. into multiple related tables.

Galaxy schemas, also known as “fact constellation schemas,” are complex data warehouse schemas that combine fact tables that may share one or more dimension tables. name “galaxy schema” comes from the fact that galaxies are a collection of stars.

Because they share dimension tables, using a galaxy schema can reduce the size of the data warehouse. to model multiple related subjects, versus the more singular focus of the star and snowflake schemas.

Star schemas are the simplest and most popular way of organizing information within a data warehouse. However, alternatives to the star schema, such as snowflake schemas and galaxy schemas, exist for users who will get more modeling their data warehouse .

Being able to get the right data-driven insights at the right time from your data warehouse is crucial. Whether you use a star schema for your data warehouse or a different model entirely, allows you to get automated SQL reports in your email or Slack account, so that the information you need is always at your fingertips.

Sign up for a free account on  to see how easy it is to get SQL reports into your Slack.  What are you waiting for, it's free!

SQL Group By Statements: Easy Examples and a Fun Tutorial →